Karate and jujutsu continues to be an important part of my life as I continue down the karate (martial arts) path. On Okinawa, karate, or tode, originally incorporated throws, kicks, punches, chokes, pressure point strikes, intense body hardening, and tools as weapons and today, many of the traditional Okinawan styles of karate still incorporate all of these other aspects of self-defense. Thus it is not unusual to see Okinawan karate practitioners follow up with a powerful block on a pressure point with a devastating strike to another pressure point and finish with a throw and restraint or choke combination.

Sometime after I was certified as sokeshodai (Grandmaster) of Seiyo No Shorin-Ryu Karate Kobudo Kai (TM), I decided to incorporate much of my past karate and jujutsu training into my martial art. Shorin-Ryu Karate already included many techniques common in koryu jujutsu nage waza (combat throws) as well as waza developed against samurai and kobudo weapons. So instead of continuing to offer separate jujutsu certifications to my students at the University of Wyoming, I decided to incorporate all of my martial arts education into Seiyo Shorin-Ryu.

Seiyo Shorin-Ryu students, whether at the Arizona Hombu dojo (martial arts school) on Baseline Road on the border of Mesa with Chandler and Gilbert, or in Utah, Wyoming, Maryland, Southeast Asia, etc, focus on karate and kobudo, but they also are encourage to train in our samurai arts as well as learn many self-defense applications (bunkai) in our 70+ kata that include the traditional jujutsu throws, restraints and chokes. Now all of our students learn jujutsu along with karate, kobudo and the samurai arts which better prepares all of them for self-defense and provides a more rounded martial arts education.

But it still remains the philosophy of our art to learn a one-punch or one-kick knockout strike used prior to any kind of nage waza. In Arizona, people sweat and are slippery and it is easy to lose your grip on a slippery person, so any kind of restraint or throw works much better with an added strike. And as always, we teach our students to defend rather than be aggressive.


How to find our martial arts school in Mesa. Just click here.

Posted by Arizona Traditional Karate at 12:25 PM No comments: 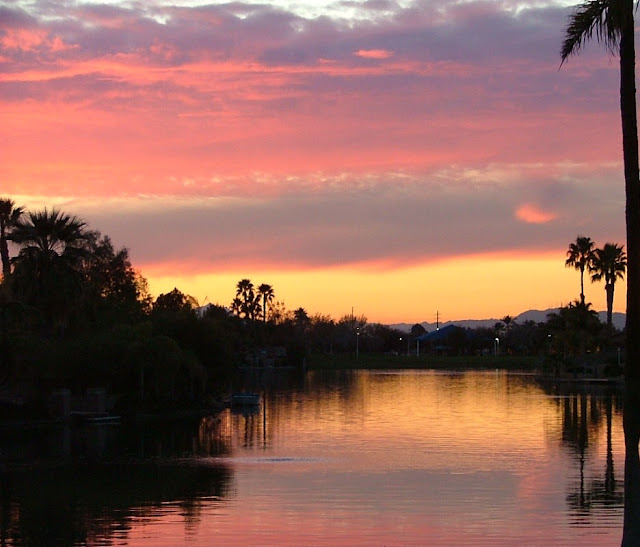 Posted by Arizona Traditional Karate at 5:03 PM No comments:

Okinawan karate and kobudo is typically filled with many throws, foot sweeps, chokes, arm bars, joint locks - it is just that they are not as obvious in kata as kick or a block- but they are there. They are within the kata as a way to learn muscle memory of the techniques, one just has to recognize where they exist, and they visualize them every time you practice kata.

At the Arizona Hombu Dojo - Students train in traditional Okinawan martial arts including karate, kobudo, and a variety of samurai arts that includes jujutsu and hanbo-justu. This is done to provide the students with a broad range of training.

Posted by Arizona Traditional Karate at 12:21 PM No comments:

Jujutsu is a combat art developed by samurai centuries ago. The martial art had an evolution separate from karate. Karate, which focuses on kicks and punches is indigenous to Okinawa and became combat form and later an art for peasants and Okinawan royalty. Jujutsu, indigenous to Japan, had a different purpose. It was designed as hand to hand combat to defend against a heavily armed samurai with armor. Punching an enemy wearing armor with bare hands and feet does not seem like a bright idea, thus the samurai developed throwing techniques (nage waza), foot sweeps (ashi barai) and trips to defend against other armored and armed samurai.


Along with throws, the jujutsuka learned unique strikes (atemi) to disturb the balance of the samurai (whether armored or unarmored). These atemi were designed to unbalance an opponent and generate a shock wave propagated through armor.


Today we recognized two general categories of jujutsu: (1) Koryu (ancient) traditional jujutsu which was designed to defend against armed samurai with or without armor, and (2) modern Gendai jujutsu that favors self-defense applications used in sport and modern combat martial arts. Many Gendai schools lack lineage and traditions (i.e., Brazilian jujutsu). Then there are arts, such as Juko Ryu jujutsu, that would have been at home on any Japanese battlefield.


In both old style and modern jujutsu, atemi is important. Before one can effectively throw an attacker, the aggressor’s balance should be disturbed. In Arizona we find (thanks to a questionable grant - after all we did not need some government research project to tell us what we already know in Mesa and Gilbert in the East Valley of Phoenix) people sweat more than in any other state. To grab and throw someone in Arizona is much more difficult than in Wyoming (where it is dry and cold), simply because sweaty people are slippery and difficult to grasp. But then again, in Wyoming, throwing someone while standing on ice or snow may not be the best idea.

According to the Overlook Martial Arts Dictionary, atemi translates as "body strikes". It refers to "…a method of attacking the opponents pressure points". In A Dictionary of the Martial Arts there is a more detailed description. It states that an atemi is... "…aimed at the vital or weak points of an opponent's body in order to paralyze by means of intense pain. Such blows can produce loss of consciousness, severe trauma and even death…the smaller the striking surface used in atemi, the greater the power of penetration and thus the greater the effectiveness of the blow". This may be true in modern jujutsu, but in the ancient styles of jujutsu, pressure points for armored samurai were not important on a battlefield. A samurai covered with armor, had few if any exposed pressure points.


Today, atemi is used to provide a distraction leading to a throw, joint lock, or choke. This is done by redirecting an opponent into a throw through attacking vital points to cause pain or loss of consciousness. In other words, it is easier to throw an unconscious or disoriented aggressor and one who is already moving in the direction of the throw. One common atemi is a palm strike along the jaw line, ear (mimi) or neck (kubi). This also was likely used against armored samurai. Even with a helmet, a powerful open hand "teisho uchi" strike to the side of a helmet would ring one’s bell.


The term ‘jūjutsu’ was coined in the 17th century, after it became a blanket term for a wide variety of grappling combat forms. Jujutsu (柔術) translates as the „art of softness‟or „way of yielding‟. The oldest forms of jujutsu are referred to as Sengoku jujutsu or Nihon Koryu Jujutsu. These were developed during the Muromachi period (1333–1573 AD) and focused on techniques that assisted samurai in defeating unarmed, lightly armed, and heavily armed and armored samurai – thus a greater emphasis was placed on joint locks and throws.


Later in history, other koryu developed that are similar to many modern styles. Many of these are classified as Edo jūutsu and were founded in the Edo Period (1625-1868 AD) of Japan. Most are designed to deal with opponents without armor. Edo jujutsu commonly emphasizes use of atemi waza. Inconspicuous weapons such as a tantō( knife) and tessen (iron fans) are included in Edo jūjutsu curriculum.


Another interesting art taught in Sengoku and Edo jujutsu systems is known as hojojutsu. This involves a cord used to restrain or strangle an attacker. Such techniques have faded from most modern jujutsu styles, although Tokyo police units still train in hojojutsu and carry a hojo in addition to handcuffs.


Edo jujutsu was followed by development of Gendai Jujutsu at the end of the Edo Period. Gendai, or modern Japanese jujutsu, shows influence of traditional jujutsu. Goshin Jujutsu styles developed at about the same time, but the Goshin styles are only partially influenced by traditional jujutsu and have mostly been developed outside of Japan.


Today, many Gendai jujutsu styles have been embraced by law enforcement officials and continue to provide foundations for specialized systems by police officials. The best known of these is Keisatsujutsu (police art) or Taihojutsu (arresting art) formulated by the Tokyo Police.
Jujutsu is the basis for many military unarmed combat training programs for many years and there are many forms of sport (non-traditional) jujutsu, the most popular being judo, now an Olympic sport. Some examples of martial arts that have been influenced by jujutsu include Aikido, Hapkido, Judo, Sambo, Kajukenbo, Kudo, Kapap, Kempo and Ninjutsu as well as some styles of Japanese Karate, such as Wado-ryu Karate, which is considered a branch of ShindōYōhin-ryūJujutsu.

VISIT OUR HOMBU IN MESA, ARIZONA


Our center is open to the public - we focus on Adults and Families.

Learn the traditions of Okinawan Karate & Kobudo & how we are trying to make this world a better place, one person at a time. 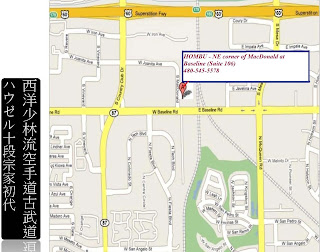 Even though our address lists us at 60 W. Baseline Road, we are actually on the NE Corner of MacDonald! 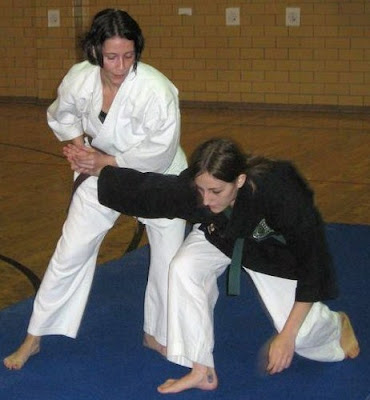 Posted by Arizona Traditional Karate at 6:54 AM No comments: 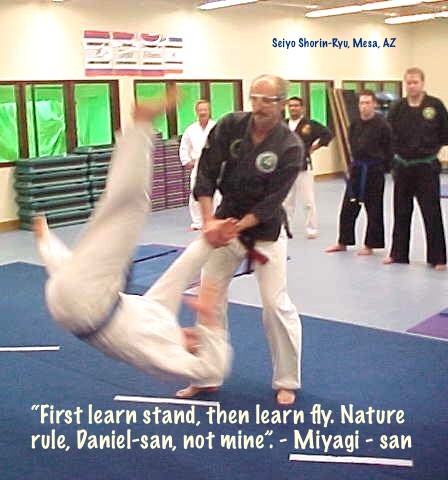 Finger lock applied with hanbo Jujutsu is a combat art developed by samurai centuries ago. The martial art had an evolution separate f... 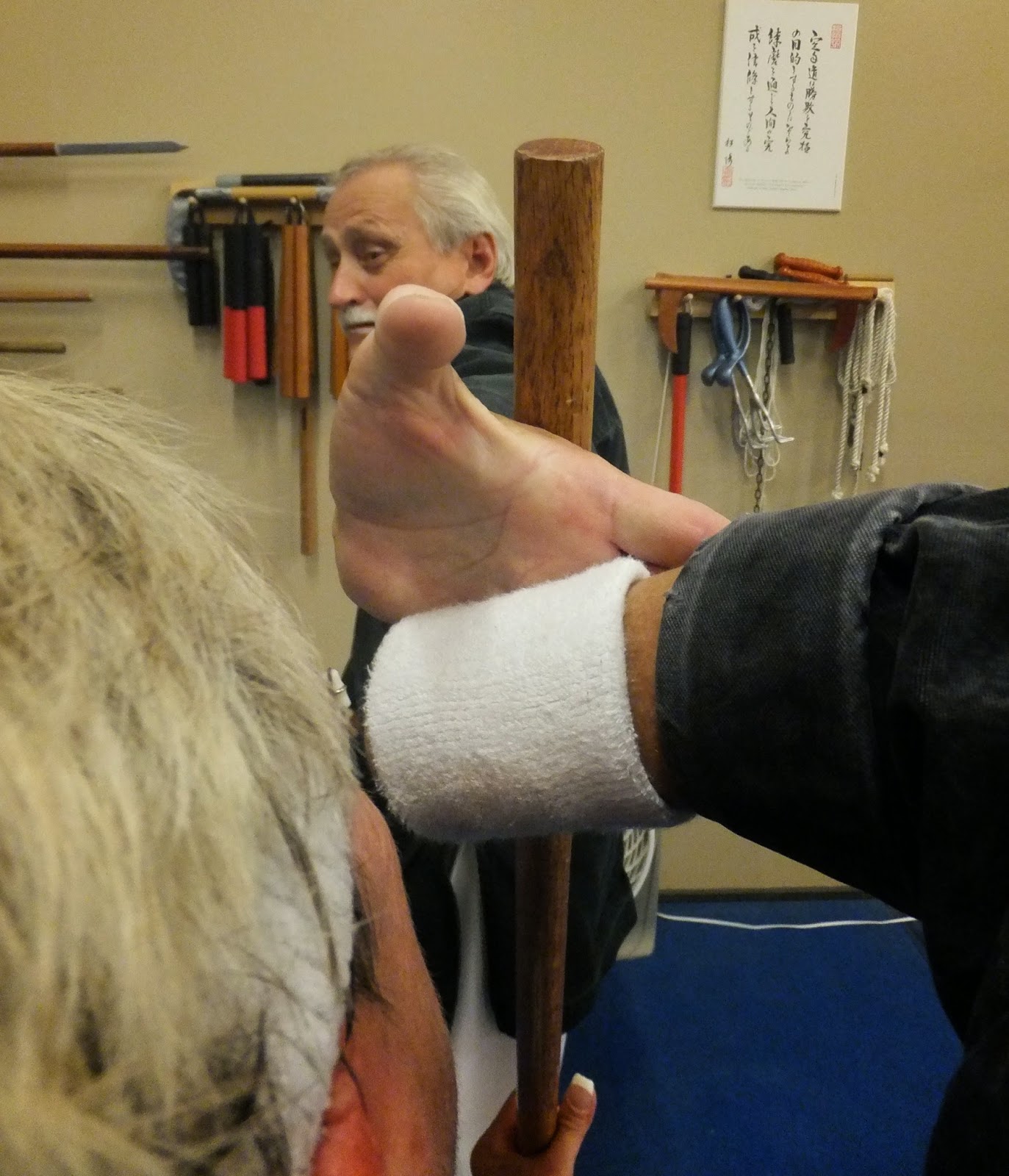